Alzheimer’s is a progressive neurological disease, characterised by loss of memory, thinking skills and cognitive functions. This condition is more prevalent in the elderly and caused due to irreversible damage, also the death of the brain cells. It starts slowly and gradually gets worsened as the years roll by.

Several ongoing kinds of research work in many parts of the world, associating Alzheimer’s with oral health and the brain. Gingivitis or gum infection caused by a particular species of bacteria called Porphyromonos gingivalis is found to travel through the bloodstream from the mouth to the brain.  After reaching the brain, it releases a protein called gingipains that destroys nerve cells, leading to the development of dementia and AD. This transmission of bacteria can happen any time during brushing, eating, chewing, flossing, or during any dental procedures. Bleeding gums, loss of teeth and mobile tooth are some of the symptoms associated with this condition.

Although scientists have found many links to this bacterial infection and Alzheimer’s, there aren’t sufficient evidence-based studies to support the cause and effect relationship between them. But these studies make it very clear that patients with gum infections should never overlook it and should get them treated at the earliest. 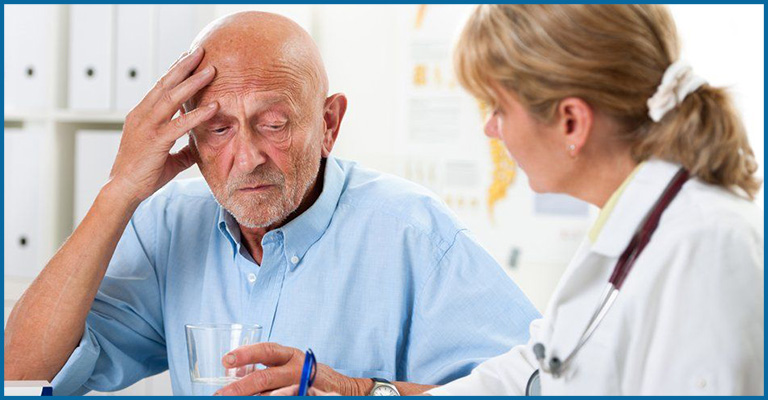 We at Oris offer regular oral health screening for all age groups of people. By offering systematic oral prophylaxis and education on oral hygiene standards by our expert team of doctors, we assure healthy gums and teeth to all our patients. This early prophylaxis and education protocols play a major role in Alzheimer’s patients because the prevention of gum diseases is one of the best ways to slow down the progress of the disease. It also helps to avoid complicated treatments at the later stage, where patient’s cooperation and understanding becomes very challenging. For patients where the disease has worsened, our doctors treat them with utmost patience and care.

Special emphasis and care are made on elderly patients, in terms of carrying out simple instructions on the cleaning of their dentures, regular changing over of soft bristles toothbrush to avoid attrition, time is taken to brush the teeth, massaging of gums, usage of mouth wash or drinking water after every food etc. Since the Alzheimer’s patients are devoid of memory and thinking skills, efforts are made to split the information and give them in small chunks so that they can follow it up properly. The attenders of AD patients are also educated on following up with them, on regular dental hygiene maintenance and protocols.

Since we strive at providing regular dental interventions in adult AD patients, it not only decreases pain and infections but also pave the pathway to good oral and nutritional health in them. Hence the dental treatment is very important in the early stages of this disease, to stabilize their oral condition. This helps improve the quality of their life and also prevent them from complex oral conditions at later stages of the diseased state, where dental treatment becomes very difficult.

Do call or visit us at Oris for more clarifications.

Oris Dental Center Reviews 5 rating, out of 5 based on 1127 Patients.