Could Poor Oral Health Cause Depression? 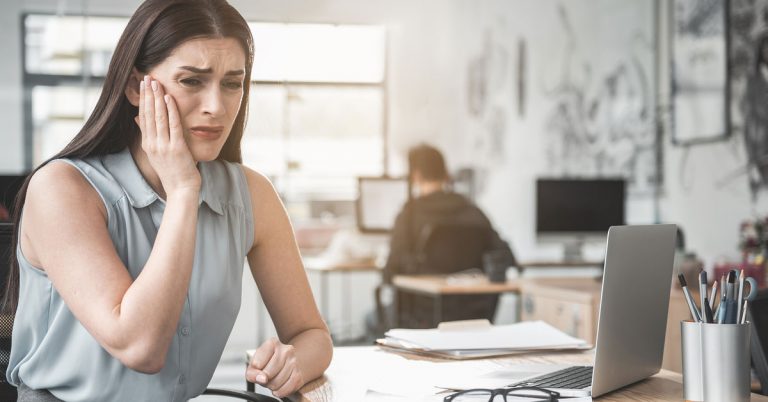 When a tooth is lost in an adult it invariably saddened them. The emotional impact the loss caused was considerable. Increasing evidence points to the fact that poor oral health is causing depression. Many people surveyed did not take their poor oral hygiene lightly. They were stressed by the fact and as a matter of fact, constantly worried about the same.

A Study by Deakin University

Deakin University pressed a study involving 10,000 subjects. The people who participated in the study were between 20 and 75. This study found that poor oral health had a direct bearing on the depression level in individuals. The university’s study established the connection between dental health and depression by demonstrating the dose-response that existed between the two conditions. Their study brought out the fact that given a situation one had a greater oral related condition, the greater was their severity of depression.

The Links between Poor Oral Health and Depression

(1)     Depression increased the instances of TemporoMandibular Disorders (TMD) that cause pain in the jaw joints.

(2)     Depression translates to increased cortisol (stress hormone) in the blood. An increased level of cortisol is found to accelerate periodontal diseases.

(4)     More than 60% of people with depression reported some form of a toothache. Most of these people reported that their oral condition is not satisfactory or they are poor.

(5)     The medicines for depression are said to cause dental cavities as a side-effect. Periodontal diseases and damage to teeth are also reported as some of the side-effects of depression medication.

(6)     People with depression increasingly take to alcohol, smoking and other habits. These habits cause dry mouth conditions. Dry mouth condition is associated with an increase in bacterial activity in the oral region. Increase in plaque can result in dental caries and eventually they can damage the tooth.

Depression as a result of Tooth Loss

People who suffer poor oral health, report tooth loss at early stages of life. Such people increasingly perceive that they are not wanted by the society. They deliberately withdraw from socializing. This withdrawal can eventually lead to depression. So poor oral health indeed plays an important role in determining a person’s self-confidence to face the world and the challenges ahead. Hence depression due to tooth loss can be managed effectively by addressing the tooth loss issue specifically. Depression management and depression prevention make more sense when oral health issues are also addressed alongside.