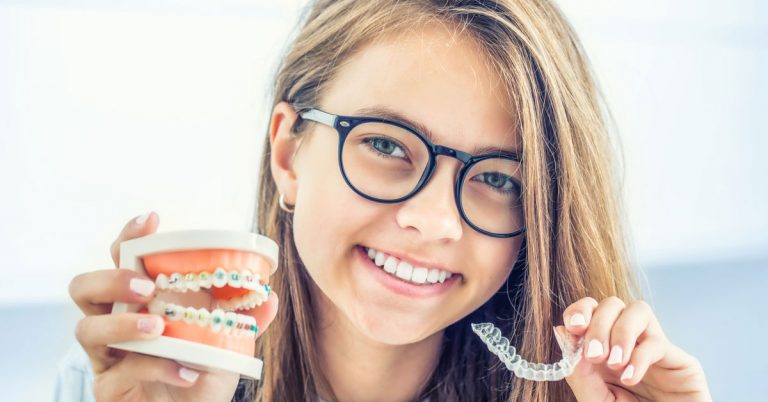 Teeth in a straight line are everyone’s dream. History says that humans liked straight teeth. We humans indeed made every attempt to straighten the teeth through history. Some facts about braces are just mind-boggling. Here are some that can make an interesting read.

Were the Egyptians First?

Yes, that is right. The Egyptians were the first to use some crude designs. We get to know from the remains of mummies that the crooked teeth they had were having some sought of cords made of animal skin. The cord was intertwined to the teeth the same way a dentist would do with the wires of a brace.

Did the Romans also have some form of dental braces?

The ancestors of Romans, the Etruscans themselves have dabbled with the idea of braces. Later the Romans did provide us a written proof that they attempted to correct malocclusion by applying finger pressure.

Dental Braces and the French Connection

A French dentist by name Pierre Fauchard has written a book on dentistry and in that book he discusses a device called “Bandeau” he invented. Bandeau was like a mouth guard that helped teeth stay in their intended position.

Another French dentist by name Pierre Bourdet expanded on the work of Fauchard. He was the first to discover that removal of wisdom teeth can successfully avoid the problem of crowding. He also worked on Bandeau and improvised it in many ways.

The precursor to modern braces

In 1819, Christophe-Francois Delabarre created the precursor to the first modern braces. He placed wire cribs on each set of two teeth. A later improvement was done by placing an elastic system in the braces. Then they were made more patient-friendly.

During the period of the two world wars, the braces were more like wrapping a wire around each tooth. The preferred metal was of course gold. This was due to the absence of effective dental bonding techniques. The advent of stainless steel and the advancement made in the field of dental bonding paved the way for modern braces. New radical braces were created by Zia Chishti of Stanford University. Zia is credited to have created the more modern and invisible Invisalign.

History Enough – When does your child need dental braces or orthodontic treatment?

Your child may require an orthodontic treatment when the following occurs

Orthodontic treatment not only corrects the bite related problems but increases the oral health of an individual. This is because crowded teeth or misaligned teeth are difficult to clean and maintain. They are indeed a nightmare to brush and floss. That is why the incidence of plaque and oral diseases are higher in people with crowded or misaligned teeth. So getting orthodontic treatment is actually beneficial in the long run.

Bite issues and misalignment can be easily addressed when the child is growing. If you have an iota of doubt that your child has bite issues or misalignment of teeth, book an appointment with Oris Dental Center to get the best orthodontic treatment. Even when your child is accompanying you for a regular dental visit at Oris Dental Center, we recommend you to consult our dentists to find out if they might require any orthodontic treatment.