When should you use dental Floss? Before or after brushing? 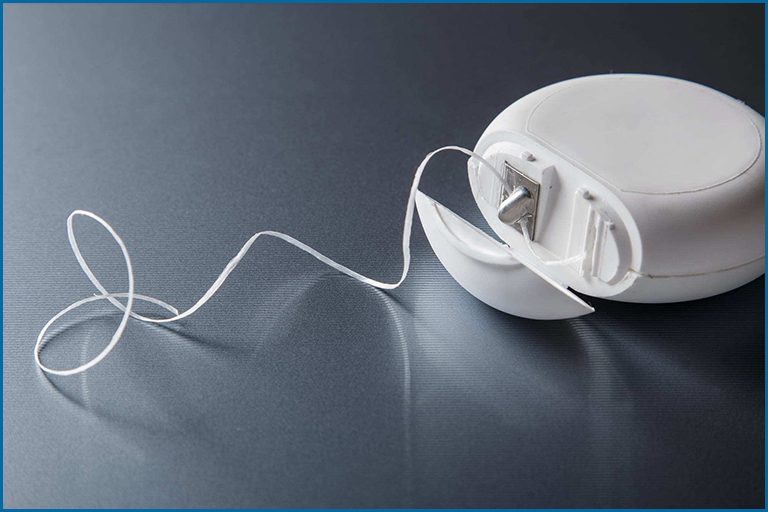 Brushing and flossing are two significant habits which has to be inculcated in every individual right from being a child to an older adult. These two simple techniques are the best preventive methods to maintain pink of oral health and hygiene in day to day life.

Food, saliva and bacteria work together to make a slimy layer on our teeth called as plaque. These plaque when left unremoved on tooth surface, tends to harden to a yellow deposit called tartar, under the crevices of the gum line. This further leads to weakening of the gums causing disease, inflammation, bad smell, shaky tooth, and ultimately loss of tooth.

Brushing and flossing of teeth regularly, helps to reduce the accumulation of plaque on the teeth surfaces. It helps to strengthen the enamel, which resists the acid attacks caused by the food substances.

So when to floss? Is it before or after brushing of teeth?

Research says that flossing before brushing helps better. Flossing the teeth first removes the food, saliva and debris in between the surfaces of the teeth and in the gum lines. Brushing after this, removes the particles easily away from the mouth. Rinsing with water or a fluoridated mouthwash following this, hardens the enamel better making it strong and impermeable. It also enables the tooth paste to reach the un-accessible areaswhich were earlier occupied by the food debris, more effectively.

What are the benefits of flossing?

Natural dentition has all types of gaps and crevices in between the teeth, where food can be stuck and hidden. These when left unremoved, can cause damaging effects to the gums and teeth.

Floss can be reached to areas which are not accessible with your brush.

Floss can be effectively used to clear debris without harming the gums or further dislodging the food upwards and inwards. This helps a lot better when compared to a tooth pick or other metallic instruments, which people usually use to remove trapped food.

While flossing is advised regularly and brushing is to be done twice daily, it’s important to do them both every day, even if they are not done in the above mentioned order.

It’s often recommended by our dentists to use a soft bristle tooth brush, to brush in circular motions covering all surfaces of the teeth. It’s best not to overdo brushing beyond 2-3 minutes a day.

Flossing can be done using a fork floss or thread floss or interdental cleaners as recommended by our team of dentists at Oris. It’s best to get educated by our team to use a floss effectively before working on it.

So what are you waiting for? Do consult our dentist in Dubai at Oris to know the right flossing and brushing techniques. A regular visit to Oris helps to keep your teeth and gums sparkling clean and healthy.

Oris Dental Center Reviews 5 rating, out of 5 based on 1127 Patients.